Big subject. If we discussed all aspects, you’d probably stop reading at about the 30 second mark.

WHAT ARE THE CHALLENGES?

The usual challenge for basements is the groundwater, which puts gravitational pressure from the water table on the outside of the structure. Water finds its way into the basement via any crack in the tanking.

Sometimes a basement is deliberately allowed to cope with some water ingress (wet wall systems) but drainage issues can cause water build up beyond the planned levels.

And sometimes there’s a flood, and environmental water levels exceed the expectations of the original design team – and water gets in by unexpected channels.

I can hear the pump running already.

WHAT CAN BE DONE?

OK, we’ll rule out the flood one – at least, we’ll rule out the scenario that the water rushes in via a channel it can’t usually reach. It’s good to see buildings that build in the expectation of such a scenario – emergency barriers for car park entrances and the like. That’s just not something we deal with at MARKHAM.

And we’ll rule out the wet wall basements. These are problematic from the start. In fact, an increasing number of urban councils are not permitting such systems to be built, due to the pressure they put on the rainwater or sewage systems. Constantly drained basements may look like a good idea in practice but it’s too easy for things to go wrong; besides the damp atmosphere that limits their usefulness.

Let’s talk about the most common example – gravitational pressure, and the failed membrane.

Fact is, tanking and membranes deteriorate over time. Joints open minutely; cracks develop. And one crack is all that’s needed to allow ingress by seepage or worse.

The chief challenge with deteriorating tanking, is finding the fault. Water can travel along a membrane by capillary action and emerge inside the structure a long way from where it entered on the other side of the wall. This makes it very difficult to locate.

Just to touch on flooding again – floodwaters can worsen the pressure and exacerbate an existing problem. So that’s why flooding gets a mention in this part of the conversation.

If you’re talking about a new build, of course, Markham has a holistic solution: it’s called BASE-TECT.

However, we’re talking remediation, and that’s a good deal more challenging.
it’s a funny thing, but MARKHAM got into basement waterproofing via a remediation project – a basement at the University of Canterbury, Christchurch NZ. That was nearly 25 years ago. Lessons learned in that project were taken away and applied to new builds.

And of course, we can still apply those lessons to remediation. We have even more tools available these days.

What we used in Christchurch was AQURON 2000. This is still a valid part of any remediation package; it assists concrete’s self-healing capabilities, closing cracks up to 0.5mm.

For larger cracks, one of our key tools is CONQOR IG200. Like the AQURON series, this is a hydrogel treatment; however, it does not rely on the concrete’s calcium, but comes with its own catalyst. It’s a three-part concoction blended on-site via a special pump. CONQOR IG200 is pumped through the wall to seal the hidden, inaccessible side of the structure. This means the gravitational pressure enhances the effectiveness of the treatment, rather than just forcing it out again.

Do we have a solution for every leaking basement? No.

In particular, if structural movement is involved, you’re going to need more than simple seepage repair. Always have your situation holistically evaluated by a specialist professional.

Faced with a dripping scenario? Get in touch, we’re happy to talk to you in more detail!

Photo by Maxim Tolchinskiy on Unsplash

We. Don’t. Do. Crystalline. 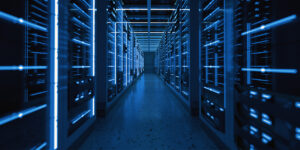 Let us keep you Updated.

Subscribe to our fortnightly update ON.CRETE. to receive our latest content, as well as news and views from the world of concrete.